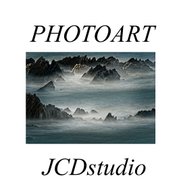 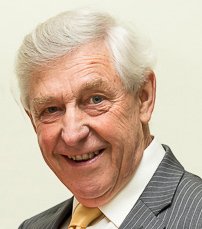 Thank you so much

It was my husbands present.

I am so happy

Welcome to my wall art shop

MY JOURNEY INTO PHOTOGRAPHY

It all started with geography. As an undergraduate in Geography at the University of Sheffield (UK) I was taught to understand how landscapes evolved. It was quite natural to want to photograph the landscape, not only as an aid to memory but also to illustrate essays.

The best I could afford was a cheap film camera and a darkroom set up in the kitchen. It was fun, and a great route to understanding the technical aspects of photography. This deepened my love for black and white photography.

My first 'proper' job was as a Lecturer in Physical Geography at Makerere University College in Uganda. At that time I became deeply interested in the evolution of Lake Victoria and the Western Rift Valley, and the landscape in-between. Cue the need (and means) to buy a better camera (and one with interchangeable lenses!).

Home processing was not an option, so into my life came Kodachrome colour transparency film which was sent back to the UK for processing.

Throughout my professional life photography was used as a tool to record landscape for scientific purposes. I sensed there was more to photography and, as you would have done, the occasional sunset crept into the collection of images.

What really switched on the 'artistic photographer' in me was water. One of my professional achievements was to be the first to introduce insurance companies to the idea of using postcodes as a basis for assessing the risk of flooding to domestic properties. It was natural to illustrate river and coastal flooding concepts to them with photographic illustrations of water flow in its various natural states.

About the same time I joined a photographic club and that switched on the 'artistic' button. Increasingly my photography was gaining aesthetic appeal which took it beyond being just a scientific record. The rabbit had been released out of the hat, and eventually artistic expression dominated over the need for making scientific records of landscape.

As confidence developed so did my willingness to share some of my images. Success was achieved in photographic competitions and exhibitions in the UK and in Australia. Then feature writing in photographic publications such as the Amateur Photographer, and the publication of a book on photographing plants and gardens, began the journey to setting up this web site.

Now it seems to be time to share some of the experiences and images that I have gathered over the years. The experiences are locked in to the guidance on gear and software. The images are relatively few, but they illustrate the more aesthetic side of my endeavours.

In the wall art shop you will find not just the images but also an explanation of why they were taken and what it is that I was experiencing at the time. No photograph is taken in isolation. There is a story behind each one. I am happy to share those stories with you.

Let me close with an example.

On a tour of New Zealand we went to Milford Sound. This is a deep drowned valley (think fjord in Norway) with steep sides and deepened by the erosion of glaciers coming out of the Southern Alps. Once you have taken in the scale of this glacial valley you start to become aware of some of its details. These include some magnificent waterfalls. I understood their scientific significance and the part they play in the evolution of this landscape. However, I was absorbed by their sheer beauty.

There was a problem. The boat on which I was standing was rocking and twisting to the point of making it very difficut to remain upright let alone to keep the camera stable enough to get an acceptable image. I wedged myself in a corner and used every available technical tool provided by the camera to compose and take the image.

The light was magical and separated the falling water and its spray from the dark  wall of the valley side. The result was an image that not only told a scientific story but I hope fills you with an aesthetic appeal.

PICTURE OF THE WEEK

Exodus from the countryside in favour of finding work in the towns and cities is a common sight in much of Western Europe.

This abandoned farmhouse in Corsica looks forlorn. The sunlight seems to be slipping away. A graphic and mysterious image.

Or are we seeing the new light of an awakening dawn? Is it a promise of something better that is still to come?

All international shipments (including to Europe) may qualify for import duty and/or VAT in the destination country. All duties charged by the destination authorities is the responsibility of the recipient and you should check with your countries Tax and Customs administration as to what the charges will be before purchasing any goods.

This web site was produced on a computer protected by Cylance security and anti-virus AI-based software.

You can do the same for your computer and be pleased that you did.